Our Kink was founded early in 2017 with a simple, clear goal in mind: to support Melbourne’s kink community via communication and connection. We found ourselves in a unique position, with a combined skill set that enabled us to connect with individuals, educators, businesses, venues, and more within the community, produce podcasts, and build a site that would help us connect the community with its needs and wants.

We started with a concept, and developed that concept through hard work, determination, and a vision. We began recording podcast episodes, designing and building our website with a kink-friendly business directory and events calendar, and developing relationships with potential sponsors. Perhaps through good fortune, or good intuition, or a combination of both, we found supporters willing to show faith in our vision, and in June of 2017 we were able to officially launch Our Kink.

In truth, we never anticipated the level of success we experienced in our first year, and the affirmation from so many that what we were doing was valuable. We worked with the biggest kink and fetish events Melbourne has to offer, and with some of this city’s longest-running and most respected businesses. We had some of the most amazing experiences and met the most amazing people.

One other thing we wanted to do from the beginning was to keep ourselves apart from the politics that so frequently pick apart the seams of our community. We weren’t naive enough to think that they don’t exist, but perhaps we were naive enough to think that we could work across divides and continue to be seen as a supportive and inclusive entity, rather than as a threat to the insecurities of others.

And now to the point. We are taking an indefinite break from the business of Our Kink, and from the kink community at large. Over the past few months, as we have entered a period of significant growth, we have also dealt with the targeting of our business by some less ethical persons, who seem to view us as a threat. We have been threatened for daring to stand up for the principles that underpin who we are and what we do, and have seen some of our closest friends bullied and threatened for doing the same. We have been asked to choose sides in personal conflicts within the community.

In the lead-up to Oz Kink Fest, our busiest time of the year, we learnt of the departure of our podcast co-host and long-time confidant, Mistress Jane. We had previously been aware of her intention to take a break from the kink scene after OKF, and were preparing accordingly. What we weren’t aware of was that in early September she had taken a position with the same business that had attempted to harass and bully us to the point that we engaged a solicitor to make clear our legal, and ethical position in response to their baseless threats and allegations. We became aware of this fact after a friend shared a social media post with us, announcing Mistress Jane’s acceptance of this position. Jane confirmed this only after we approached her to verify the accuracy of the post. We remaining members were devastated, both professionally and personally .
Our Kink hasn’t been a particularly profitable business. We began our venture asking very little financially from sponsors, subscribers, and supporters. This was a deliberate decision, part of a model aimed at building trust and credibility. In those respects it was incredibly successful. It also meant that we all worked second jobs as the vast majority of Our Kink revenue went to paying bills and securing the future of the business. We have never tried to keep any member of, or collaborator with the business from working with other organisations, even when our beliefs have not closely aligned with theirs. However, we do hold ourselves to a simple standard of honesty and transparency, one that was not afforded us in return.

Once we got through the enormously hectic schedule that was Oz Kink Fest we took some time to reflect on the events of the past several months, and also to look forward. During this time, we discovered more petty attacks on our business and our friends – attacks that, if we had the capital and the energy to pursue, are legally actionable. We are still considering our position in regard to these matters, but have also reached a conclusion. There are better things to spend our time and money on than engaging in running battles with members of the community who are so insecure that a large part of their own validation lies in attempting to hurt anyone they perceive as a threat. This applies also to the fractures we see within the community as a whole that seem to go unattended, allowed to grow because people are afraid to speak up and would prefer to just hope they will go away. They won’t.

We step away with a clear conscience, and a good deal of pride in our achievements over the past 18 months. We would like to thank everyone who has supported and joined us in our journey. We have made some wonderful new friends, and forged deeper relationships with some old friends. We have learned a lot, and we have been humbled by the discovery that others have learned through us. We managed to educate, and entertain, and most importantly we saw tangible evidence that our vision of connecting the community can work, when the community wants to work together. Unfortunately, when the reverse is true there exists a toxicity that would, in all likelihood, consume our sanity in the fight.

So what happens now? One of the main changes will be to our social media; there will be very little social media from us, even though like everything else, it continues to grow! The website will undergo some changes, with all the high and/or daily maintenance pages coming down. The Event Calendar, the Forum, and the Members Section will all be unpublished. The Podcasts will remain. Not only were they one of the most popular parts of the website, but we’re really proud of some of the content, and wish to ensure it survives. We were also surprised to discover we won the 2018 Australian Adult Industry Award for ‘Best Podcast’, which has potentially resulted in some new interest in the podcasts. There is a possibility for some new content – there are so many great people wanting to chat to us and so much we haven’t had the time to tackle, but if it happens, it will be in our own time. The podcast aspect is definitely the hardest to leave behind. The Business Directory will also remain as a general reference for people who may stumble across us, and the tags will be updated to help get more hits. We will be in touch with sponsors individually to organise their future presence on the site and/or pro-rata refunds. If you’re one of these awesome people, do keep an eye on your inbox. And if you haven’t heard from us within the next week or so, please get in touch. We don’t want to miss anyone!

We also have quite a few bits and pieces donated from our very generous sponsors that we’re yet to giveaway… Keep an eye an your inbox – we’ll have details on how and what you can win coming soon.
But for now, we’re doing something we haven’t done in more than a year and a half. We’re taking some time for ourselves. We’re devoting our energy to people and pursuits that don’t drain us. If you’ve been a supporter, a friend, we still have time for you and we will try to ensure that you know this. If you’ve been a snake, or a creep, or a vampire, we’re gonna chill-out and watch you burn yourselves to the ground.
We wish each and every one of you all the very best of everything.

Leaving you with a bunch of happy thoughts…

MisKnickers and Loke
(on behalf of Our Kink)

Our Events Calendar will keep you in the loop with information about upcoming public events, workshops and skillshares, broadcasts and podcasts, sales and product launches, and much more.

The Our Kink Connections Directory aims to connect you with services, products, events, venues, and more. Support kink-friendly businesses with confidence that they will support you and your lifestyle.

We’d love your company as we journey through Melbourne’s kink landscape. Join our mailing list for regular updates or become a member and access our forums, podcasts extras, and other goodies. 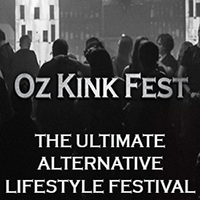 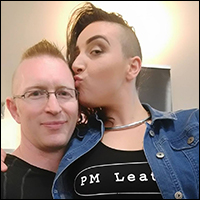 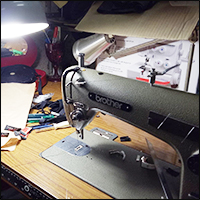 Our Kink is Fetish Fashion – Podcast 33 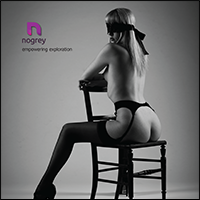 Our Kink is the No Grey Negotiation App – Podcast 32 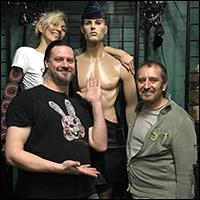 Our Kink is Sex, Lies, and Men Bearing Clipboards – Podcast 31 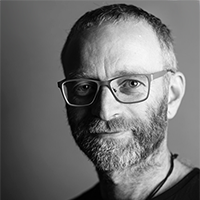 Our Kink is Queer Flirting – Podcast 30 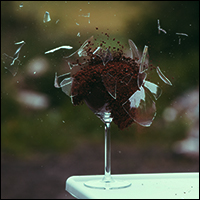 Our Kink is Busting Myths – Podcast 29 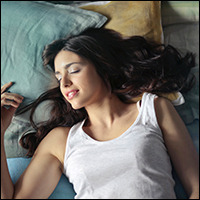 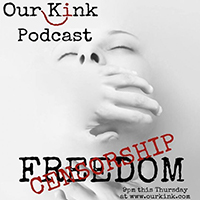 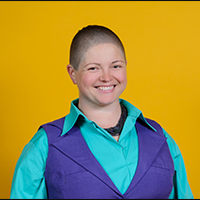 Our Kink is Sexological Bodywork – Podcast 26

What our clients say

FEW WORDS ABOUT US

Our Kink is Sponsored By

Our Kink is Sponsored By

Our Kink on Social Media