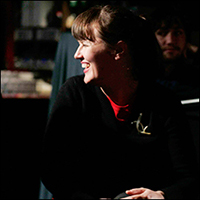 In this episode, MisKnickers and Mistress Jane sit down with multi-award winning Australian explicit filmmaker Anna Brownfield to talk about what goes into making ethical pornography, the impact of the internet and tube sites on the industry and those who work in it, the future of sex online, and craft.

Anna, the creative force behind Poison Apple Productions outlines the difference between making “The Band” in a predominantly DVD age, and “The Bedroom”, a film largely marketed to the online world. She also discusses how she entered the world of explicit filmmaking, the challenges presented by some archaic laws, and how she tailors her guidelines for people who want to work with her in order to achieve the highest level of informed consent.

Also, there are lists!